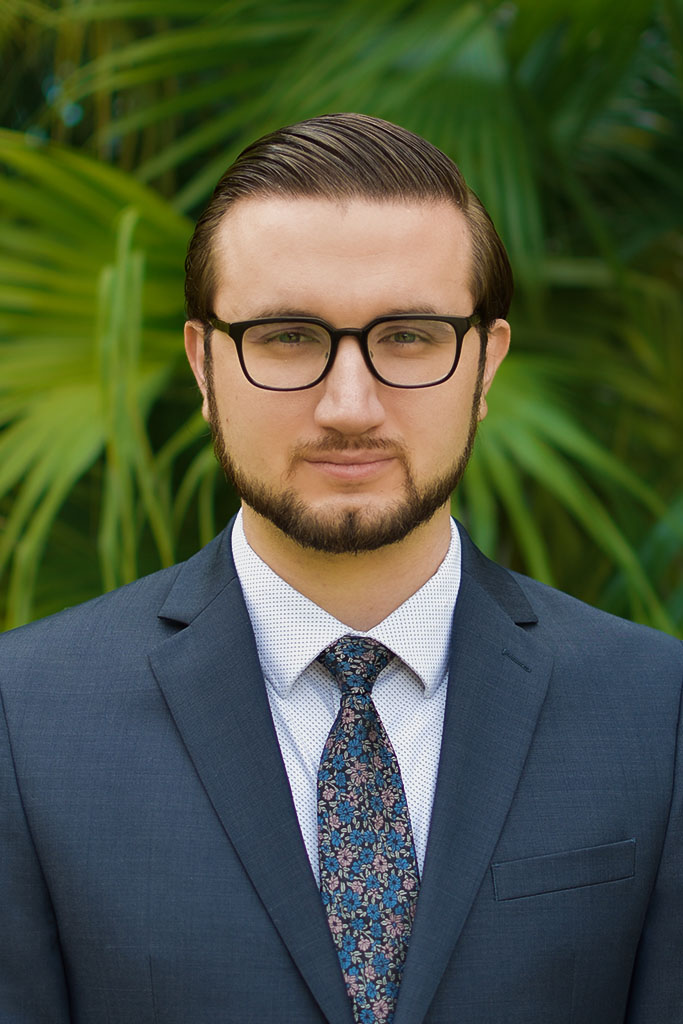 Justin Murad is a graduate of Suffolk University with a degree in Applied Legal Studies. Throughout college, he worked for an insurance agency helping the agents sell homeowners insurance and auto insurance up until graduating. After college, he worked for the City of Boston as a paralegal in the City’s Law Department working in the government division with cases ranging from parking appeals to zoning cases. Justin ran for Boston City Council in 2019.

Justin recently moved to Jacksonville, Florida during the summer of 2021 and immediately began working with the City of Jacksonville’s Office of general counsel where he worked with attorneys with tort litigation.

A fun fact about Justin – not many people are able to say they graced the headlines of Inside Edition and the Daily Mail U.K., but he is one of the lucky few who can. After surviving a near-fatal 15 ft fall from an extension ladder, Justin was able to walk off the scene with minor injuries and an everlasting video that quickly became viral. In case you’re wondering why he was on the ladder in the first place, the reason is simple and kindhearted – he wanted to rescue his friend’s drone that flew into the tree above his house.

Click here to watch the video as well as Inside Edition’s exclusive interview with Justin.